SOC, the full name is State of Charge, the state of charge, also called the remaining capacity, which represents the ratio of the remaining capacity after the battery is discharged to its fully charged capacity. Its value range is 0 ~ 1. When SOC = 0, it means that the battery is completely discharged. When SOC = 1, it means that the battery is fully charged. The battery management system (BMS) is mainly to manage the SOC and make estimates to ensure the efficient work of the battery, so it is the core of battery management. At present, SOC estimation mainly includes open-circuit voltage method, ampere-hour measurement method, artificial neural network method, Kalman filter method, etc., which we will explain in detail later. 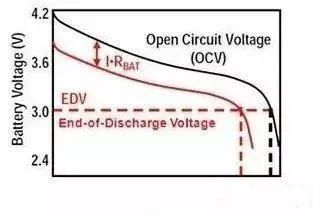 Refers to the phenomenon of voltage drop in the process of standing open, also known as the battery’s charge retention ability In general, battery self-discharge is mainly affected by manufacturing process, materials, and storage conditions. Self-discharge is divided into two types according to whether the capacity loss is reversible: capacity loss is reversible, which means that the capacity can be recovered after recharging; capacity loss is irreversible, which means that the capacity cannot be recovered. At present, there are many research theories on the causes of battery self-discharge, which can be summarized into physical reasons (storage environment, manufacturing process, materials, etc.) and chemical reasons (electrode instability in the electrolyte, internal chemical reactions occur, and active substances are consumed Etc.), self-discharge of the battery will directly reduce the capacity and storage performance of the battery.

If you are the wholesaler of lithium battery, please contact us by email (info@bonnenbatteries.com). We will provide professional lithium battery solutions to you.